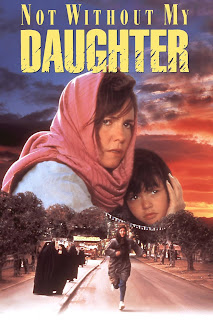 As part of implementing Sharia laws the Iranian parliament voted in favour of a bill, entitled "Islamic Penal Code", which codify the death penalty for any male Iranian who leaves the religion of Islam. Women would get life imprisonment. The majority in favour of the law was overwhelming: 196 votes for, with just seven against.

Under this law, Christians are brutally persecuted in Iran.
The media and the United Nations are turning a blind eye to the ethnic cleansing of non-Muslim minorities in Iran.

Christians in Iran are not allowed to practice their religion publicly. Consequently, church services in Persian (Iran’s national language) are not allowed.
Before the 1979 Islamic Revolution, the Assyrian community in Iran totaled approximately 200,000 people. However, since then many have fled and in 2015 only 32,000 Assyrians were left in the country, mostly in Tehran.
Since 1979 Khomeini’s regime has executed tens of thousands of Iranians. The regime has killed thousands of Americans. This regime hasn’t changed in 40 years, Germany, Britain and France should join the US and impose sanctions against the sharia regime in Iran.
at May 11, 2020

The Arab Muslim Slave Trade of Africans and Caucasians

If it was not for the 1400 years of Arab and Muslim Slave Trade, there would have been no slavery in America.   Over 28 Million Africans hav...

This is a weblog or "blog" journal. Our thoughts and opinions change from time to time…We consider this a necessary consequence of having an open mind. This weblog is intended to provide a semi-permanent point in time snapshot and manifestation of the various memes running around our brains, and as such any thoughts and opinions expressed within out-of-date posts may not be the same, nor even similar, to those we may hold today.